Learn About the Educational Program

Because of Sam is an uplifting, independent documentary film about a young man who was born with Down syndrome named Sam Piazza who beat the odds, is an advocate for people with disabilities, and an inspiration to all who know him. The film transforms how the world views people with disabilities and inspires ALL people to pursue their dreams.

Suzanne McCormick, President and CEO, YMCA of the US says,“I loved it! So uplifting! Truly inspiring!” 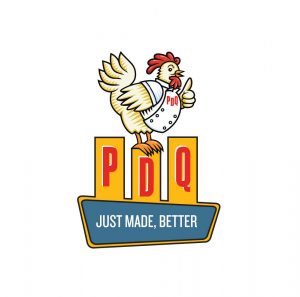 Nick Reader, PDQ CEO and Co-Founder says, “Sam is a wonderful young man who is an amazing representative of our brand, and we are proud to partner with him, his family, and Renee.”

Bob Basham, PDQ Co-Founder says, “To other employers, I would say, look at Sam, and look at what he has meant to our company.”

Jane Castor, City of Tampa Mayor says, “…it will certainly inspire others to be accepting, encouraging, and inclusive of everyone.”

Andi Allen, State Director, Best Buddies, Florida says “Congrats to Sam and the team behind this incredible movie that will remind people how capable we ALL are!”

Ruth Piazza, Sam’s Mother says, “Well done, exceptional, inspiring. You did an amazing job. It turned out beautifully. From our hearts, thank you for telling our story.”

Kelley Parris, Executive Director, Children’s Board of Hillsborough County says, “I applaud Renee and Sam for their determination to bring this story forward for the greater good. Because of Sam is not only a beautiful story but one that can change lives and families forever.”

WWE Superstar Titus O’Neil says, “Be prepared to be wowed… because it’s something very special and something much needed, especially in the world today.

Sam’s career as an advocate for people with disabilities began as a young child in Tampa when he was selected to serve as a United Way Brand Ambassador, appearing on the organization’s promotional materials and speaking to large groups.

Sam and the Piazza family demonstrate their continued commitment to advocacy by sharing their story with the world through Because of Sam.

Because of Sam sold-out Tampa Theatre at its “First Look” Screening at Tampa Theatre in 2019, won the Tampa Downtown Partnership’s Urban Excellence People’s Choice Award, and made its local PBS TV debut on March 21, 2021 World Down Syndrome Day, to 16 Florida counties.

In 2009, Sam caught the eye of filmmaker and fellow Tampa native, Renee Warmack, who was inspired by a news article she read that told how Sam was born with Down syndrome, crowned Homecoming King at his high school, had a black belt in karate, participated in the ROTC, was the basketball team manager, and active in the Best Buddies program. She contacted the reporter in order to locate Sam’s family, met with Sam’s Mother Ruth Piazza, and began working on the film. Sadly, there was no money to produce the film back then, so Renee put it on the shelf… but she never forgot about Sam. When she retired from her 20-year career in government in 2017, Renee reconnected with Sam and his family; and launched a fundraising campaign. She managed to make the movie on a shoestring budget and appreciates all who contributed.

The heartwarming 50-minute film showcases Sam’s inspirational journey from birth to the present day, highlighting his job at a PDQ restaurant where he has worked for 8 years. Sam is a positive influence in the lives of many who tell in the film that ‘because of Sam’ their lives have been made better.

Today, Sam continues his work at PDQ, serves on the Community Outreach Team for Gigi’s Playhouse (a Down Syndrome Achievement Center), and is an Ambassador for Best Buddies International.

Learn about Because of Sam Producer and Tampa Native
Renee Warmack, MPA

Because of Sam Press Kit

Sam Piazza was born and raised in Tampa (Hillsborough County), Florida. The city’s diverse population, inclusive policies, and many non-profit organizations that help people with disabilities, make it a meaningful backdrop for Sam’s journey. The film showcases schools Sam attended, organizations that have helped him and that he has helped, and the scenic waterways of this major port city. See specific Because of Sam shot locations here: Because of Sam Shot Locations – Film Tampa Bay Listing

Check out cool pictures of Sam, his family, and friends.