Learn about Because of Sam

In 1990 the United States created the Americans with Disabilities Act, a federal law intended to help protect the rights of people with disabilities. However, the disabled are often marginalized, bullied and overlooked. Parents with disabled children must fiercely lobby school systems, advocate for intervention services and invest extraordinary amounts of time in helping their kids succeed and feel accepted. Sadly, acceptance does not always happen at home, much less in society.

Tampa native, Sam Piazza was born with Down syndrome. The love and support of his family, church and an inclusive school culture helped him accomplish extraordinary things. His positive attitude and desire to achieve more than was expected of him makes Sam an inspiration for people with disabilities, and, ALL people.

I am convinced that most people possess more power to achieve their dreams than they realize. Finding a caring mentor, helpful resources and a supportive network are keys to helping those facing obstacles find hope. I use my time and talents to inspire people to claim their power and capture their dreams through producing inspirational movies and engaging events; and providing success coaching. Creating a clear colorful vision is a critical step in a dreamer’s journey. “Because of Sam” will inspire people to dream big, paint a wonderful vision and to take action towards it.

“Because of Sam” transforms how the world views people with disabilities and inspires all people to pursue their dreams. The movie shows how the challenges and triumphs that occur throughout the life of a young man who was born with Down syndrome can serve as catalysts for positive change in the lives of those who cross his path. Learn more about Sam’s story by clicking here. 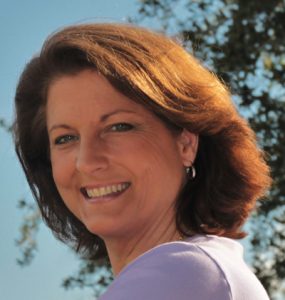 Producer | Director | Writer
Tampa native and filmmaker Renee Warmack grew up in a blue-collar family and is the youngest of three girls. At an early age she knew that earning an athletic scholarship was the only way she could afford college. Without the means to belong to a country club, she practiced tennis by reading a tennis guide with instructional photos and hitting balls against a wall… any wall she could find. Warmack excelled as a standout, multi-sport, high school athlete and achieved her dream of playing NCAA Division I tennis at the University of South Florida (USF) on a sports scholarship.

She earned her BA degree in Creative Writing and a Master’s degree in Public Administration at USF.

In 2008, she produced, directed and wrote “A Community with a Dream: The Founding of the Children’s Board” (CBHC) a documentary that commemorates the 20th anniversary of a special taxing district in Tampa dedicated to helping kids succeed. The film describes the touching, grassroots effort that led to the creation of the CBHC. The movie premiered on government television and was widely embraced by the community.

Warmack’s first film, “Ten at the Top in Tampa Bay”, chronicles the careers of top female government leaders and shares how they broke the glass ceiling. She produced, directed and wrote the documentary to celebrate an unprecedented time in Tampa history where 10 women-led (at the same time) government institutions, traditionally headed up by men. The movie premiered on PBS in 2007, aired on government channels, was featured in film festivals, and is used as a teaching tool.

Warmack retired from a 20-year government career where she worked in children’s services, public relations and program administration. Her calling is to help others claim their power and capture their dreams. She considers her inspirational movies, engaging events and impactful coaching program as game-changers that help empower dreamers.