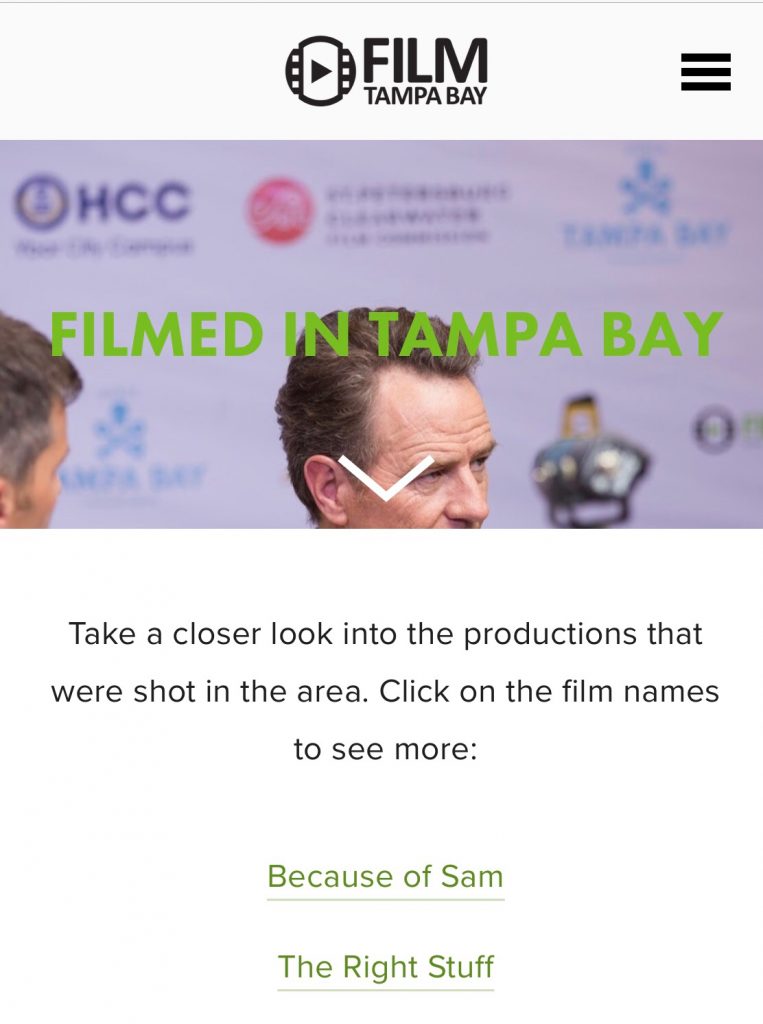 Because of Sam is proud to be listed on Film Tampa Bay’s website among the locally produced films that actually shot in Tampa Bay area locations.

The organization has helped Filmmaker Renee Warmack throughout the production of Because of Sam by offering advice, attending screenings, and promoting the movie to its audiences.

The head of the organization, Executive Director, Tyler Martinolich, and Marketing Manager, Jesse Brock, even attended the film’s Movie Trailer Release Party in March 2019, which got rave reviews from a packed house at the PDQ (People Dedicated to Quality) restaurant in north Tampa/Carrollwood, where Because of Sam star, Sam Piazza has worked for 8 years.

Tyler has been supportive since day one and says, “Film Tampa Bay, stands behind Renee, and will continue to champion Because of Sam.”

Check out the film listing here:

Tampa-homegrown films provide economic development to the area and showcase the Tampa Bay area as a destination for tourism.

Among the Because of Sam shot locations are:

Because of Sam is proud to be part of this prestigious movie list and honored to have the support of Film Tampa Bay Board member, Hillsborough County Commissioner Ken Hagan, and Film Tampa Bay staff. Commissioner Hagan stated, “Sam Piazza is a local hero. His story is worthy of national prominence.”